In September 2017, former IBBY Canada Newsletter Editor Katie Scott approached author, and IBBY Canada member, Kathy Stinson with an idea. Kids Can Press wanted to do a book about Jella Lepman. They liked how Kathy had imagined a story about a child impacted by hearing Joshua Bell play violin in The Man with the Violin (Annick Press, 2013). Would she be interested in writing a story about a child impacted in some way by the work of Jella Lepman?

The work of Jella Lepman included the founding of IBBY in 1953, the establishment of the International Youth Library in Munich in 1949, and in 1946 (what interested Kathy most of all) the setting up of a travelling exhibition of books from 20 countries, including some of Germany’s former enemies.

“If the war is really over,” said Jella, “if one is to believe in peaceful coexistence, the first message of peace will be these children’s books.”

Kathy wondered how a German child, whose life had been so badly disrupted by war, might be changed by the experience of attending one of Jella’s book exhibits. Her research included much reading and a trip to Munich in December 2017.

The story she imagined, illustrated by Marie Lafrance, will be followed by information and photos about Jella Lepman and the work she did based on her belief in international understanding through children’s books. Here’s the rough for the first spread —

Anneliese kicked at the dirt and rubble on the sidewalk. Women were still clearing away chunks of broken buildings and pavement with brooms and their bare hands. Couldn’t they see that the street would never be what it had been before the war? 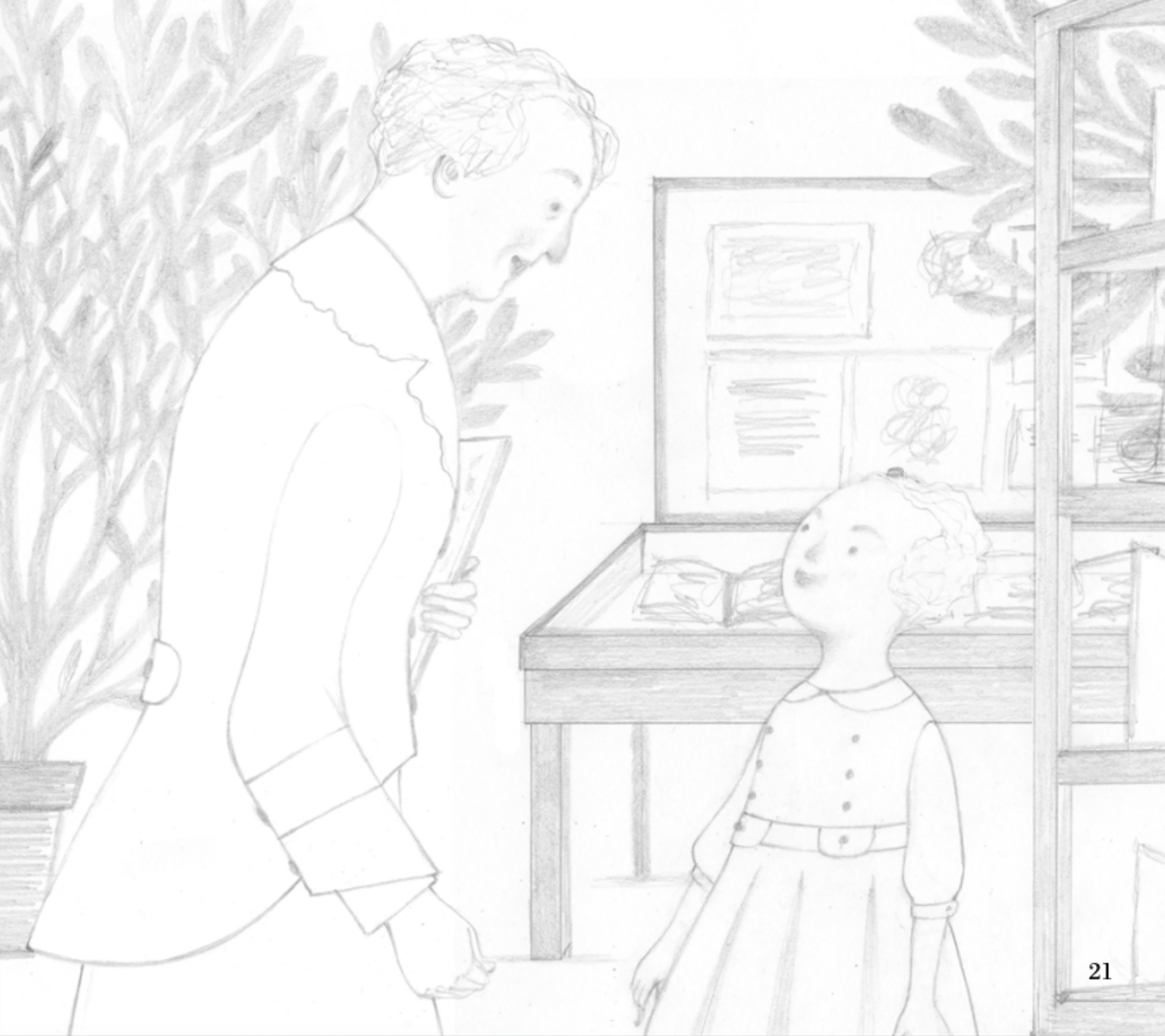 Later that night, Anneliese awoke. High in the dark sky the moon shone brightly. Careful not to disturb Peter or Mama, she got up and stepped outside.
How beautiful the trees looked in the moonlight. The flowers, too, blooming among the chunks of rubble.
Tomorrow, Anneliese decided, she would join the women with their brooms. She would help clear the street outside the library. And maybe someday, it would again be filled with books.
But for now, she would go back to bed and sleep, like Ferdinand in his field of flowers, and she would dream.

The Lady with the Books is scheduled for publication in fall 2020 by Kids Can Press.

Back to Summer 2019 Newsletter Home